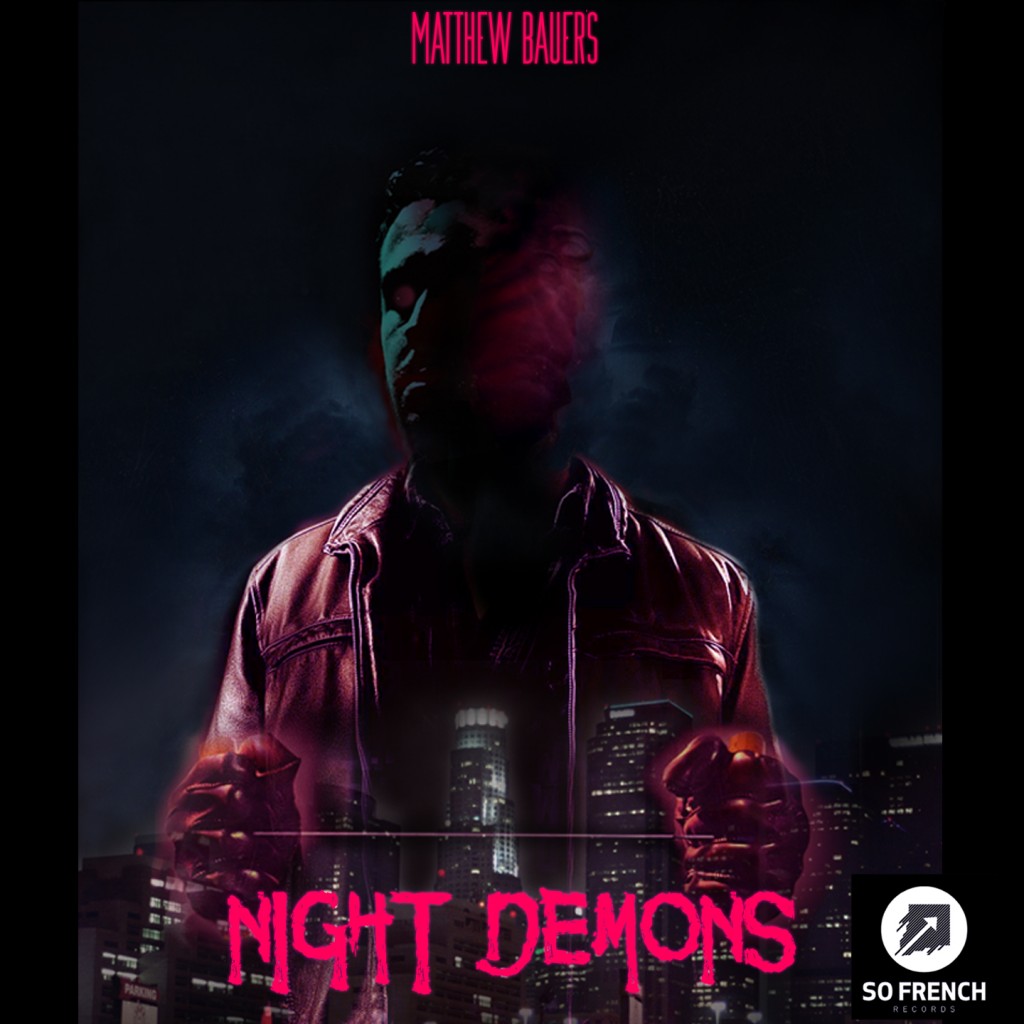 Where as Halloween day is about to kick off, So French Records is proud to launch the Halloween’ eve, the amazing brand new album ‘Night Demons‘ of one his new talented recruit from Los Angeles, ‘Matthew Bauer‘!

The Lp is a dark synthwave album gathering 7 orginal tracks. An amazing LP based on the horror movie anthems from the 80’s driven by maestro ‘John Carpenter‘! Matthew Bauer‘ music is taking these influences into the early 80’s and reminds us of Kavinsky’s touch!
Matthew Bauer is a composer, artist, and art director based out of Los Angeles. His music is a mixture of his influences: horror movies, French Touch music, 80’s synth pop, and death metal. Drawing from his film idols John Carpenter, Stanley Kubrick, David Cronenberg ,and Jean Rollin among others Matthew seeks to create his own catalogue of imagined films through soundtracks to films not yet made.
Album Story:
« Is he man or is he a monster? By day he is a normal man with a normal job. But at night something strange is dwelling inside him. Every morning he awakens to gruesome thoughts seemingly implanted into him from nowhere. As the banal days drag on he can’t help wondering what is happening every night he goes to sleep. Morbid stories in the news sound far too familiar. As time unravels so does he as the evidence becomes more and more tangled. Who is he really? Listen for yourself and see if you can decide. » An epic release to get for your synthwave collection! The famous blog ‘Drive Audio’ who premiered the album on his radion said about the album: ‘This is an epic Slasher/Horrorwave Album!’
The album will be released for exclusive on Beatport today , Halloween Eve!