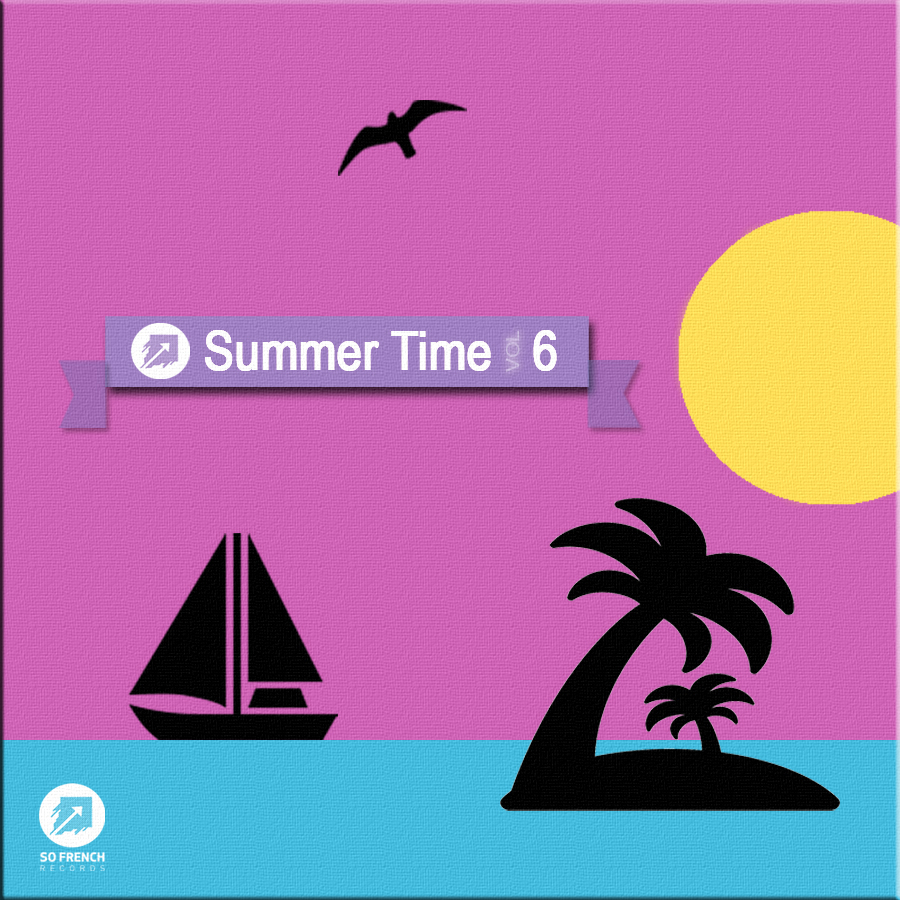 The summer will be hot another time, we at last discovered the brand new volume, including massive 18 soundtracks, the songs revisit House, Nu Disco, Electro Pop, Synthwave and French Touch music!
After a hard and amazing track compilation, many talented artists were revealed, a mission accomplished for the So French team!
Artists as LA PRESQU’ILE, Lecomte De Bregeot, Daytona, DeusExMaschine, Steige and Lesamoor.
The Volume 6th was introduced by this brillant video teaser:

As usual, the team So French team, again surprised us by renewing the selection of artists on the precious volume 6. Thus we find this summer Dearlers De Funk known in the 90s for their flagship title, « New Jersey » , excellent french touch project, remixed by Olav Basoski and Antoine Clamaran !
This time, the French legendary group has chosen to make his comeback with So French Records , and it is on the compilation Summer Time , they present their latest excellent track, ‘ Discotech ‘, a solid french house filtered song!
The compilation also features artists as The Supermen Lovers with their new track ‘Baroud‘, but also Allure and his captivating sound Aurora ‘!
Great stuff, but you will ask us, which other artists inside?
Well many other talented artists as Moosak , Butyreux, Adrian Wreck, Steige, Special Q , Mac Stanton , Atrey, Mackoall and a special Guest Absolute Valentine.
Special Mention for our favorite So French artist The PRESQU’ILE with his excellent  » Eaux Troubles » , an house and French touch spirit song!
The Sea, the Sun and Summer Time babe!
You can stream the full Compilation here: