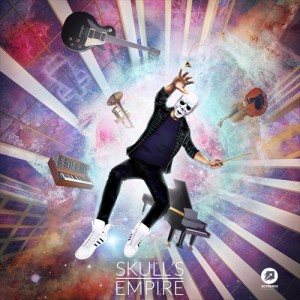 ‘Moosak‘ brand new So French recruit, under the name of ‘Błażej‘, talented artist based in Poland, brought through this release all his talent and his genius… Indeed the release is a real personnal project that took influences in the past and most recent days of ‘French Touch‘ wave… Indeed we find artists influences as Daff Punk, Justice, SebastiAn and Kavinsky… Enough French Touch artists to well show that ‘Moosak‘ was really marked by this movement. But the album takes all his dimension, due to fact that the artist appropriates each song and let his own musical touch speaking through his personnal project! We were really impressed the first time we listen the full Lp, of the precision and quality of each song. Originality and finest details present inside each song!
Moreover proud of him cause he chose So French Records team to release his majastic Lp!
This guy is a simple man and remains natural, giving him all the true credits…
For all the So French team, we agree that ‘Skull’s Empire‘ is the album of the year!
Just that!